With terrorist recruitment and Russian meddling in the 2016 presidential race in the spotlight, Senate lawmakers grilled executives with Facebook, YouTube and Twitter on their companies efforts to keep America safe. (Jan. 17) AP 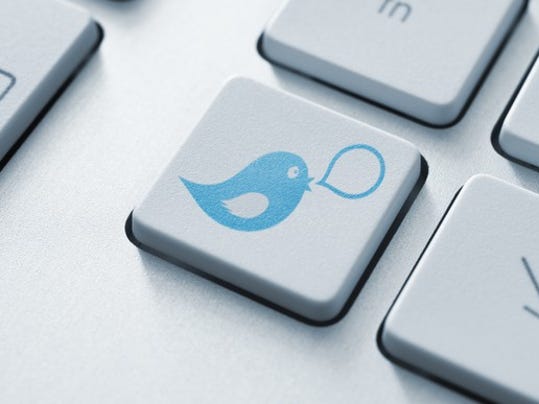 SAN FRANCISCO — Far-right conservatives are escalating their campaign against Silicon Valley with a new series of volleys against the social media gatekeepers that control the flow of information in the digital age.

Last week, former Google engineer James Damore, who was embraced by conservatives after he was fired last year for distributing a memo that questioned whether women were biologically suited to technical roles, filed a lawsuit claiming the Internet giant discriminates against white men and conservatives. That same day, right-wing journalist-turned-entrepreneur Charles C. "Chuck" Johnson sued Twitter, alleging the company violated his right to free speech when it permanently suspended his account in 2015.

Then Project Veritas, a conservative advocacy organization that purports to expose media bias, released undercover videos of current and former Twitter employees condemning President Trump and discussing tactics the company uses to make it tougher to find the tweets of controversial users.

Johnson, whose lawsuit against Twitter is being underwritten by bitcoin investments and a crowdfunding campaign, says he and others are committed to putting the spotlight on the alleged censoring of conservative views by Silicon Valley companies. Twitter declined to comment on the lawsuit.

"I see myself as fighting for the civil rights of people on the Internet," said Johnson, a polarizing figure who was banned from Twitter in 2015 after he asked for donations to "take out" civil rights activist DeRay McKesson and whose crowdfunding service WeSearchr has raised money for neo-Nazis. Johnson said the McKesson tweet was not intended as a threat.

Johnson's lawsuit is considered a legal long shot. And so far he has raised less than $7,000 of his $100,000 goal on FreeStartr, another crowdfunding service he runs.

But Johnson may already be accomplishing his main goal: Raising questions about the level of power that Silicon Valley companies now have in deciding what gets said in the most populated parts of the Internet.

After a deadly white supremacist rally in Charlottesville underscored the crucial role mainstream online platforms play as organizational tools for hate groups, tech companies began cracking down on users who peddle hate speech and fuel online vitriol — a significant blow to the "alt-right," which depends on these platforms to spread their message, recruit and rally supporters and organize events.

PayPal, which prohibits donations to promote hate, violence and intolerance, singled out organizations that advocate racist views, such as the KKK, white supremacist groups or Nazi groups. GoDaddy booted neo-Nazi website The Daily Stormer from its web hosting service.

White nationalists and supremacists began to lose their verified status as Twitter changed who's entitled to the blue checkmark in November. A month later, Twitter began to purge a number of accounts including the American Nazi Party. After Charlottesville, Facebook took down pages belonging to white supremacist groups including White Nationalists United, Right Wing Death Squad and Vanguard America.

An effort by the alt-right to create an alternative ecosystem of Internet companies has met with limited success, says George Hawley, a University of Alabama professor and author of Making Sense of the Alt-Right.

"Tech companies that deny the alt-right access to their services can cause the movement serious harm," Hawley said.

The term "alt-right" refers to a loosely allied group whose ideology includes racism, populism, white supremacy and white nationalism. Critics take issue with use of the term "alternative right," coined by a white nationalist think tank, because they say it cloaks and normalizes racist ideologies and goals.

A man makes a slashing motion across his throat toward counter-protesters as he marches with other white nationalists, neo-Nazis and members of the "alt-right" during the "Unite the Right" rally Aug 12, 2017 in Charlottesville, Va. (Photo: Chip Somodevilla, Getty Images)

Largely shut down by mainstream conservative publications, the "alt-right" operated for decades out of public view until a changing political landscape and the global reach of the Internet handed them a powerful platform.

Unlike seasoned magazine publishers, Internet gatekeepers are only now starting to catch on, says Thomas J. Main, who is working on a book about the rise of the alt-right.

"It's not like you have an editor who has been writing about politics for years who can look at this stuff and say: 'This is racist.' It took years for Google to figure out: 'Hey, these guys are a problem,'" said Main, a professor at Baruch College's Marxe School of Public and International Affairs. "In the old days it would have just taken (National Review founder) Bill Buckley to throw this stuff in the garbage."

An "alt-right" Internet subculture emerged from the shadows during the 2016 presidential campaign, gaining momentum as the Republican candidate Donald Trump amplified its views in campaign rallies and tweets. Now Twitter is attempting to rip away that megaphone.

As a private company, Twitter is not obligated to provide a forum for anyone. The law prohibits the government from limiting speech, but companies like Twitter make their own rules. "Twitter is committed to enforcing our rules without bias and empowering every voice on our platform," the company said in a statement.

What has made Twitter vulnerable to public criticism is the lack of transparency with which it suspends accounts, fueling perception in some quarters that Twitter — which used to describe itself as "the free speech wing of the free speech party" — is arbitrarily stifling speech. Under chief executive and co-founder Jack Dorsey, Twitter has pledged that "trust and safety" is among its top priorities.

"The new online world raises curious new questions about freedom of expression, as we are in a new world where private corporations can effectively block certain views from being expressed to a large audience without any government involvement," Hawley said.

The backlash from conservatives has come in the form of lawsuits. In September, Gab.ai accused Google of violating federal antitrust laws for booting the social media service created as an alternative to Facebook and Twitter out of the Google Play store. Conservative educational service PragerU sued Google and YouTube for censoring its online videos in October.

On Monday conservative activist and filmmaker James O'Keefe published undercover footage of Twitter engineers alleging the social network employs hundreds of employees to scour "everything you post online" including direct messages. In another Project Veritas sting video, an engineer says that Twitter would comply if the Department of Justice investigated President Trump’s Twitter account. A third shows current and former Twitter employees explaining "shadowbans," an alternative to an outright ban from the service that that makes it more challenging to find a user's tweets.

Twitter accused Project Veritas of using "deceptive and underhanded tactics" and "selectively edited" footage to fit a "pre-determined narrative." Individuals filmed were speaking in a personal capacity and not for the company, it said. Twitter reiterated that it only responds to valid legal requests and said it does not "proactively review" direct messages. Twitter disputed it "shadowbans" accounts, saying it lowers the visibility of abusive accounts — in its words "downranks" — and warns users about them but people can still click through to the content if they want.

When Twitter began more aggressively enforcing its policy against hate speech in December, leading to a wider crackdown on white nationalists and white supremacists among others, Johnson vowed to fight back. His lawsuit, filed last week in California Superior Court in Fresno, alleges he was unfairly suspended from Twitter, citing emails published by BuzzFeed News that showed discussions between Twitter executives over the suspension, with one saying it was a judgment call by the policy team, another suggesting that it was former CEO Dick Costolo's decision to make the suspension against "this Chuck Johnson troll" permanent.

According to Johnson's complaint, these discussions prove that permanently suspending him "was not based on a perceived rule violation, but bias against Johnson."

A supporter of the president, Johnson says Trump, a prolific and controversial user of Twitter, would never have gotten elected with the current crackdown on Twitter.