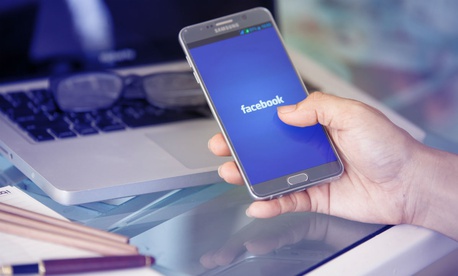 Officials at the Agriculture Department announced last month that the agency’s computer network is blocking more than 400 websites, including social media companies Facebook and WhatsApp, in an attempt to stop employees and contractors from viewing pornography on agency time.

According to a Feb. 23 memo obtained by Federal News Radio, Chris Lowe, the agency’s chief information security officer, told employees that the agency will prevent access to social media websites “not related to official department communications or business” beginning Wednesday. Accompanying the announcement was a list of more than 400 sites that will be blocked, including Snapchat in addition to Facebook and WhatsApp.

“The websites that are included in this block are attached to this message and should be reviewed to ensure official USDA business and communications is not impacted,” Lowe wrote. “We have worked with the Office of Communications to ensure this list does not conflict with official USDA channels of communication, however, we ask that you review to check for impact to your mission areas and agencies.”

» Get the best federal news and ideas delivered right to your inbox. Sign up here.

Representatives with the Agriculture Department did not respond to a request for comment.

The announcement comes on the heels of a report last fall from the Agriculture Department Office of the Inspector General, which outlined a sharp uptick in employees and contractors using the agency’s computers and networks for inappropriate purposes, particularly viewing pornography, since officials installed a network security system to monitor network traffic for potential threats “in real time” in 2015.

“Websites that disseminate pornographic material historically have proven themselves to be a network attack vector and, as such, present an ideal opportunity for those individuals who would seek to compromise a USDA employee or contractor for the purposes of extorting access to the department’s network(s), and/or sensitive or classified information,” Coffey wrote.

The report recommended that the agency assess current software used to monitor IT systems and whether it is effective in blocking prohibited websites, and if necessary, officials should find and install a better one. An agency spokesperson told Federal News Radio that USDA is working to comply with those recommendations.