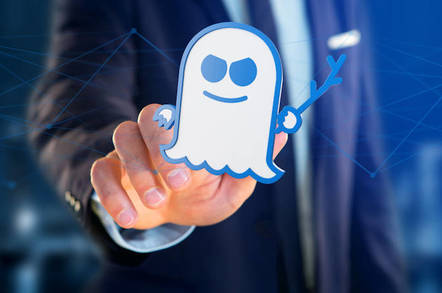 Intel has issued fresh "microcode revision guidance" that reveals it won’t address the Meltdown and Spectre design flaws in all of its vulnerable processors – in some cases because it's too tricky to remove the Spectre v2 class of vulnerabilities.

The new guidance, issued April 2, adds a “stopped” status to Intel’s “production status” category in its array of available Meltdown and Spectre security updates. "Stopped" indicates there will be no microcode patch to kill off Meltdown and Spectre.

Those reasons are given as:

Thus, if a chip family falls under one of those categories – such as Intel can't easily fix Spectre v2 in the design, or customers don't think the hardware will be exploited – it gets a "stopped" sticker. To leverage the vulnerabilities, malware needs to be running on a system, so if the computer is totally closed off from the outside world, administrators may feel it's not worth the hassle applying messy microcode, operating system, or application updates.

Most the CPUs listed above are oldies that went on sale between 2007 and 2011, so it is likely few remain in normal use.

Intel has not revealed which of the "stopped" CPUs listed can’t be mitigated at all, and which Chipzilla can't be bothered finishing patches for. We’ve asked Intel to provide that list, and will update this story if the biz replies.

There’s some good news in the tweaked guidance: the Arrandale, Clarkdale, Lynnfield, Nehalem, and Westmere families that were previously un-patched now have working fixes available in production, apparently.

"However, as indicated in our latest microcode revision guidance, we will not be providing updated microcode for a select number of older platforms for several reasons, including limited ecosystem support and customer feedback.”

Now all Intel has to do is sort out a bunch of lawsuits, make sure future products don’t have similar problems, combat a revved-up-and-righteous AMD and Qualcomm in the data centre, find a way to get PC buyers interested in new kit again, and make sure it doesn’t flub emerging markets like IoT and 5G like it flubbed the billion-a-year mobile CPU market. ®