Obama Pentagon has lost an astonishing $10 trillion dollars through crony money laundering… and the Defense Department has no idea where it went! 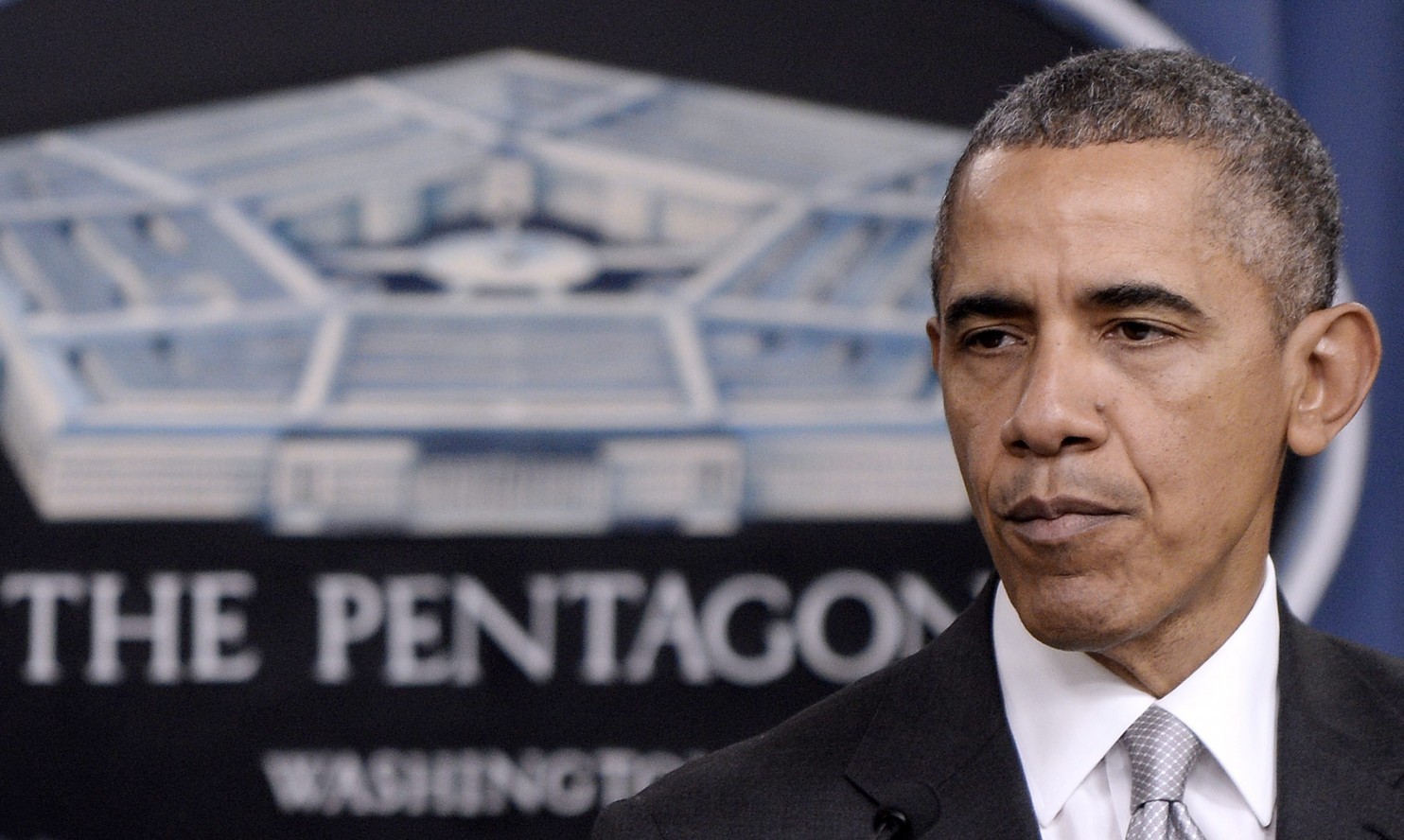 Over a mere two decades, the Pentagon lost track of a mind-numbing $10 trillion — that’s trillion, with a fat, taxpayer-funded “T” — and no one, not even the Department of Defense, really knows where it went or on what it was spent.

Even though audits of all federal agencies became mandatory in 1996, the Pentagon has apparently made itself an exception, and a full 20 years later stands firmly resolute in never having complied.

Defense officials insist an audit would take too long and ironically cost too much.

“Over the last 20 years, the Pentagon has broken every promise to Congress about when an audit would be completed,” Rafael DeGennaro, director of Audit the Pentagon, told the Guardian recently. “Meanwhile, Congress has more than doubled the Pentagon’s budget.”

Without the mandated audit, the Department Of Defense could be purchasing damned near anything, at any cost, and use, or give, it — to anyone, for any reason.

Officials with the Government Accountability Office and Office of the Inspector General have catalogued egregious financial disparities at the Pentagon for years — yet the Defense Department grouses the cost and energy necessary to perform an audit in compliance with the law makes it untenable.

Astonishingly, the Pentagon’s own watchdog tacitly approves this technically illegal workaround — and the legally gray and, yes, literally, on-the-books-corrupt practices in tandem — to what would incontrovertibly be a most unpleasant audit, indeed.

Take the following of myriad examples, called “Plugging,” for which Pentagon bookkeepers are not only encouraged to conjure figures from thin air, but, in many cases, they would be physically and administratively incapable of performing the job without doing so — without ever having faced consequences for this brazen cooking of books.

Reuters reported the results of an investigation into Defense’s magical number-crunching well over three years ago, on November 18, 2013 — detailing the illicit tasks of 15-year employee, “Linda Woodford [who] spent the last 15 years of her career inserting phony numbers in the U.S. Department of Defense’s accounts.”

Woodford, who has since retired, and others like her, act as individual pieces in the amassing chewed gum only appearing to plug a damning mishandling of funds pilfered from the American people to fund wars overseas for resources in the name of U.S. defense.

“Every month until she retired in 2011,” Scot J. Paltrow wrote for Reuters, “she says, the day came when the Navy would start dumping numbers on the Cleveland, Ohio, office of the Defense Finance and Accounting Service, the Pentagon’s main accounting agency. Using the data they received, Woodford and her fellow DFAS accountants there set about preparing monthly reports to square the Navy’s books with the U.S. Treasury’s – a balancing-the-checkbook maneuver required of all the military services and other Pentagon agencies.

“And every month, they encountered the same problem. Numbers were missing. Numbers were clearly wrong. Numbers came with no explanation of how the money had been spent or which congressional appropriation it came from. ‘A lot of times there were issues of numbers being inaccurate,’ Woodford says. ‘We didn’t have the detail … for a lot of it.’”

Where a number of disparities could be corrected through hurried communications, a great deal — thousands each month, for each person on the task — required fictitious figures. Murkily deemed, “unsubstantiated change actions” — tersely termed, “plugs” — this artificial fix forcing records into an unnatural alignment is common practice at the Pentagon.

Beyond bogus books, the Pentagon likely flushed that $10 trillion in taxes down the toilet of inanity that is unchecked purchasing by inept staff who must be devoid of prior experience in the field of defense.

And there are three items of note on this particular example, of many:

One, the U.S. Department of Defense considers inventory surpassing a three-year supply, “excessive.”

Two, the stupefying additional seven-thousand-something front suspensions arrived, as ordered, during a period of demand reduced by half.

Three, scores of additional items — mostly unaccounted for in inventory — sit untouched and aging in storage, growing not only incapable of being used, but too dangerous to be properly disposed of safely.

Worse, contractors greedily sink hands into lucrative contracts — with all the same supply-based waste at every level, from the abject disaster that is the $1 trillion F-35 fighter program, to the $8,123.50 shelled out for Bell Helicopter Textron helicopter gears with a price tag of $445.06, to the DoD settlement with Boeing for overcharges of a whopping $13.7 million.

The latter included a charge to the Pentagon of $2,286 — spent for an aluminum pin ordinarily costing just $10 — the irony of whose 228.6 percent markup cannot be overstated.

Considering all the cooking of numbers apparently fueled with burning money stateside, you would think Defense channeled its efforts into becoming a paragon of economic efficiency when the military defends the United States. Overseas. From terrorism. And from terrorists. And terrorist-supporting nations.

But this is the Pentagon — and a trickle of telling headlines regularly grace the news, each evincing yet another missing shipment of weapons, unknown allocation of funds, or retrieval of various U.S.-made arms and munitions by some terrorist group deemed politically less acceptable than others by officials naming pawns.

In fact, so many American weapons and supplies lost by the DoD and CIA become the property of actual terrorists — who then use them sadistically against civilians and strategically against our proxies and theirs — it would be negligent not to describe the phenomenon as pattern, whether or not intent exists behind it.

For now the painstaking audit imperative to Department Of Defense accountability remains only a theory… while the Pentagon’s $10 trillion sits as the world’s largest elephant in apathetic America’s living room.