PARAMEDICS AND ER'S HAVE IT WRONG; YOU ARE STILL ALIVE AFTER YOUR HEART STOPS BEATING

Your brain is still active after your heart stops beating

PARAMEDICS MUST BE EQUIPPED WITH ELECTRIC BRAIN "AND" HEART SHOCKING EQUIPMENT TO REVIVE FLAT-LINERS! HUNDREDS OF THOUSANDS OF "DEAD" VICTIMS WERE STILL ALIVE!
ER'S AND HOSPITAL PROTOCOLS SHOULD BE CHANGED TO REQUIRE A SEVEN MINUTE REVIVAL ATTEMPT WITH A FULL BODY AND CRANIAL ELECTRICAL STIMULATION KIT!

Neurologists studying the brains of nine patients as they died have found surprising information about what happens to your brain after it dies.

According to the new study, death is marked by a final wave of electrical activity in our brains called “spreading depression.”

This “spreading depression” is a final flurry of activity that occurs in the brain before it finally shuts down, according to the experts.

How to hack your brain to remember almost anything

The findings suggest that it could be possible to reboot the brain for as long as three to five minutes after a human heart stops beating or ceases to show signs of life.

The study, which was carried out by a team of neurologists including some from the Charité–Universitätsmedizin Berlin, followed nine patients with devastating brain injuries who had Do Not Resuscitate orders.

By analysing electrical signals in their brains as they died, the researchers hoped to find new information about the timeline of dying - and they have.

Through the use of electrodes planted in the brains of the patients, the neurologists discovered that even after the heart stops beating, cells and neurons in the brain continue to function.

And it isn’t until the “spreading depression” that these neurons cease activity - minutes after the heart has stopped pumping blood and oxygen through the body. 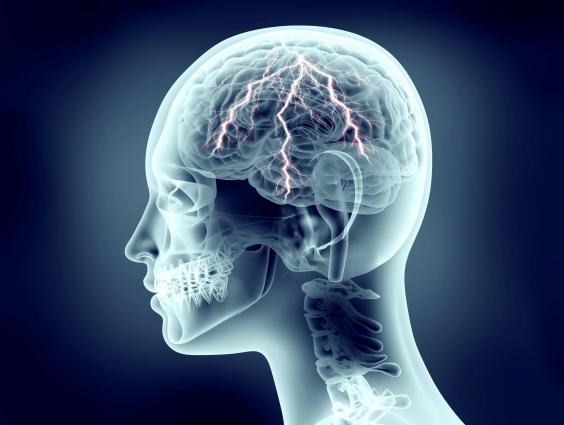 According to researchers, the debate for when death is truly final is still up for debate, as Dr Jed Hartings of the University of Cincinnati’s College of Medicine and a member of the research team told Newsweek: “The chemical changes that lead to death begin with depolarization.

“We’ve never had a method to diagnose brain death, and we don’t have a way to be certain when all capacity for awareness is lost.”

But the new research is important because it can be used to determine how long it is possible to resuscitate before irreversible damage has been done to the brain.

The findings could also influence “treatment strategies of cardiac arrest and stroke that may complement efforts to reestablish circulation, but also the debate on organ donation after cardiocirculatory death, where death is declared between two and 10 minutes following the cessation of circulatory function,” according to the published findings in the journal Annals of Neurology.

As of now, scientists believe that if circulation resumes even after five minutes, the person could partially recover. ,