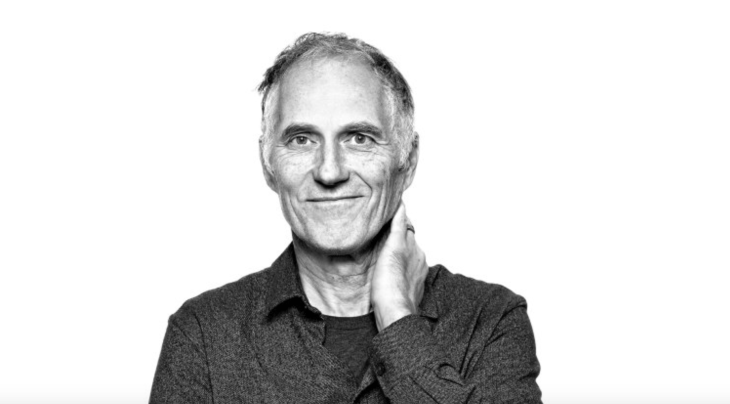 Tim O’Reilly has a financial incentive to pooh-pooh the traditional VC model, wherein investors gamble on nascent startups in hopes of seeing many times their money back. Bryce Roberts, who is O’Reilly’s longtime investing partner at the early-stage venture firm O’Reilly AlphaTech Ventures (OATV), now actively steers the partnership away from these riskier investments and into companies around the country that are already generating revenue and don’t necessarily want to be blitzscaled.

Yet in an interview with O’Reilly last week, he nonetheless argued persuasively for why venture capital, in its current iteration, has begun to make less sense for more founders who genuinely want to build sustainable businesses. The way he sees it, the venture industry is no longer as focused on finding small companies that might one day change the world but more on creating financial instruments for the wealthy — and that shift has real consequences.

Below, we’re pulling out parts of that conversation that may be of interest to readers who are either debating raising venture capital, debating raising more venture capital, and even those who have been turned away from VCs and perhaps dodged a bullet in the process. At a minimum, O’Reilly — who bootstrapped his own company, O’Reilly Media, 42 years ago and says it now produces “a couple hundred million dollars in revenue” yearly — provides a lot of food for thought.

Tim O’Reilly: The thing that I would say about VC and about really everything in tech is, this concept of structural racism [is really the problem]. People think that all it matters is, ‘Well, my values are good, my heart’s in the right place, I donate to charities,’ and we don’t actually fix the systems that cause the problems.

With VCs, the networks from which they’re drawing entrepreneurs are not that different [than they have been historically]. But more importantly, the goals of the VC model are not that different. The industry sets a goal, and it has a certain kind of financial shape, which is inherently exclusionary.

The typical VC model is looking for this high-growth company with exit potential, because it’s looking for this big financial return from an IPO or acquisition, and that selects for a certain type of founder. My partner Bryce decided two funds ago [to] look for companies that are kind of disparaged as lifestyle companies that are trying to build sustainable businesses with cash flow and profits. They’re the kind of small businesses, and small business entrepreneurs, that have vanished from America, partly because of the VC myth, which is really about creating financial instruments for the wealthy.

He came up with a version of a SAFE note that allows the founders to buy out the VC at a predetermined amount if they ever become sufficiently profitable, but also gives them the optionality, because periodically, some of them do end up becoming a rocket ship. But the founder is not on the treadmill of: You have to get out.

When you start saying, ‘Okay, we’re going to look for sustainable businesses,’ you look all over the country, and Bryce ended up [with a portfolio] that’s made up of more than 50% women founders and 30% people of color, and it has been an incredible investment strategy.

That’s not to say that people who are African American or women can’t also lead companies that are part of the high-growth VC model that’s typical of Silicon Valley.

No, of course not. Of course they could lead. The talent pool is just much greater [when you look outside of Silicon Valley]. There’s a certain kind of bro culture in Silicon Valley and if you don’t fit in, sure [you could find a way], but there are a lot of impediments. That’s what we mean by structural racism.

To your point about insular networks, a prominent Black VC, Charles Hudson, has noted that a lot of [traditional VCs] just don’t have regular or professional associations with Black people, which hampers how they find companies. How has Bryce fostered some of these connections? Because it does feel like traditional VCs are right now trying to figure out how to better do this.

It’s breaking the geographic isolationism of Silicon Valley. It’s breaking the business model isolationism of Silicon Valley that says: Only things that fit this particular profile are worth investing in. Bryce didn’t go out there and say, ‘I want to go find people of color to invest in.’ What he said was, ‘I want to have a different kind of investment in different places in the United States.’ And when he did that, he naturally found entrepreneurs who reflect the diversity of America.

That’s what we have to really think about. It’s not: How do we get more Black and brown founders into this broken Silicon Valley model? It’s: How do we go figure out what the opportunities are helping them to grow businesses in their communities?

Are LPs interested in this kind of model? Does it have the kind of growth potential that they need to service their endowments?

It was a bit of a struggle when we did fund four, which was focused on [this newer model]. It was about a third of the size of fund three. But for fund five, the fundraising is [going] like gangbusters. Everybody wants in because the model has proven itself.

I don’t want to name names, but there are two companies [in the portfolio] that are kind of in similar businesses. One was in our third fund and was sort of a traditional Silicon Valley-style investment. And the other was an investment in Idaho, of all places. The first company, which involved a more traditional seed round, we’ve ended up putting in $2.5 million for a 25% stake. The one in Idaho we put in $500,000 for a 25% stake, and the one in Idaho is now twice the size of the Silicon Valley one and growing much faster.

So from what you’re seeing, the returns are actually going to be better than with a traditional Silicon Valley venture [approach].

As I said, I’ve been really disillusioned with Silicon Valley investing for a long time. It reminds me of Wall Street going up to 2008. The idea was, ‘As long as someone wants to buy this [collateralized debt obligation], we’re good.’ Nobody is thinking about: Is this a good product?

So many things that VCs have created are really financial instruments like those CDOs. They aren’t really thinking about whether this is a company that could survive on revenue from its customers. Deals are designed entirely around an exit. As long as you can get some sucker to take them, [you’re good]. So many acquisitions fail, for example, but the VCs are happy because — guess what? — they got their exit.

But now, because funds are raised so quickly, VCs have to show much more traction, which is where things like blitzscaling come in.

Just the way you’re describing it. Can’t you hear what’s wrong with that? It’s for the benefit of the VCs, the VCs have to show, not the entrepreneurs have to show.

Aren’t the LPs addicted to that crack? Don’t they want to see that quick financial traction?

Yeah, but you know that VC returns have actually lagged public markets for four decades now. It’s a little bit like the lottery. The only sure winners are the VCs because the VCs who don’t return their fund get their management fees every year.

A huge amount of the VC capital doesn’t return. Everybody just sees the really big wins. And I know when they happen, it’s really wonderful. But I think [those rare wins] have gotten an outsize place, and they’ve displaced other kinds of investment. It’s part of the structural inequality in our society, where we’re building businesses that are optimized for their financial return rather than their return to society.

In a case which should be repeated up and down Palo Alto's Sandhill Road, A 36-year-old San Francisco man has been charged with 19 felony counts of wire fraud and other crimes, accused in connection with several alleged investment schemes from 2013 to 2016, according to a joint statement from the FBI, the U.S. Attorney's Office and the Internal Revenue Service on Friday.

According to the complaint, Michael Brent Rothenberg is alleged to have raised millions of dollars to invest in Silicon Valley start-up companies, but allegedly took much higher fees than those to which he formally agreed. Federal officials said Rothenberg also committed bank fraud with alleged schemes to obtain money to make up for shortfalls in one of the funds he managed.

Rothenberg made his initial appearance in U.S. District Court Friday.

Rothenberg founded a venture capital company, Rothenberg Ventures Management Company, LLC that he used between 2013 and 2016 to raise and manage four annual funds whose purpose was to invest in Silicon Valley start-up companies, mostly those pursuing virtual reality technology.

The complaint alleges Rothenberg partially funded his money commitment to the second of those funds by committing bank fraud when, in 2014, made false statements about his wealth to his bank while refinancing his home mortgage. Federal officials allege that Rothenberg, while obtaining a $300,000 personal loan, poured some of the ill-gotten money he obtained from the bank into that second fund.

Federal officials also contend that, in 2015 Rothenberg took excessive venture capital fees from one of the funds he was managing at his Rothenberg Ventures Management Company, creating a shortfall in that fund he did didn't want his investors to know about. Rothenberg then allegedly engaged in a scheme to defraud a bank by making false statements and misrepresentations to that bank to obtain a $4 million line of credit to pay back the fund from which he had taken excess fees.

In February 2016, officials said, Rothenberg allegedly engaged in a scheme to defraud an investor who believed was investing in a Rothenberg-owned virtual reality content production company, when in fact most of that money is alleged to have gone somewhere else.

Overall, in connections to the above and other allegations, Rothenberg faces two counts of bank fraud, two counts of making a false statement in a loan application to an FDIC-insured lender, 11 counts of wire fraud and four counts of money laundering.

The Special Prosecutions Section of the U.S. Attorney's Office is prosecuting the case, which is being investigated by the FBI and IRS Criminal Investigations.