- Are major league owners just in it for the tax loop-holes?

- Is the NFL Running a Tax Scam?

Is the NFL skirting the tax man? 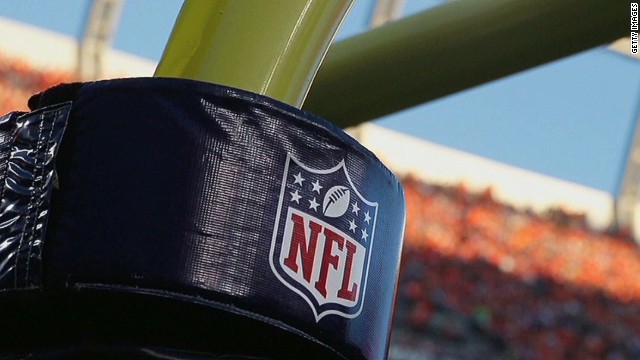 Why is the NFL tax exempt?

Well, yes and no.

The National Football League pays taxes through its various money-making offshoots such as NFL Properties and NFL Ventures, but the league office in midtown Manhattan, which paid Goodell his very handsome salary, doesn’t.

The reason goes back to 1942 when the IRS ruled the NFL was a trade association for its now 32-member teams and therefore exempt from taxes as a nonprofit under section 501(c)6 of the tax code.

Just to be safe, the NFL lobbied Washington in 1966 on the eve of its merger with the American Football League.

The Saints were born in New Orleans and in exchange, Rozelle got his wish slipped into an unrelated federal bill on investments and depreciation. 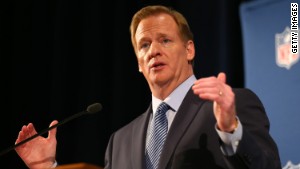 Sports attorney and expert on the NFL’s tax exemption, Andy Delaney, told CNN, “Pete Rozelle was a forward-looking guy, I can’t imagine what those two lines (of text), maybe three is worth today.”

Millions, it turns out, according to Sen. Tom Coburn, an Oklahoma Republican who wants the tax-exemption for professional sports teams gone.

For all the professional sports leagues — including the PGA Tour and NHL among others — that use the loophole, “It amounts to like $10 million a year. $10 or 11 million a year. Probably $110 million over the next 10 years. But the point is why should they have that?” Coburn told CNN.

Coburn has introduced the PRO Sports Act to strip the NFL and others of the decades-old exemption.

According to NFL spokesman Brian McCarthy, “every dollar of income that is earned in the National Football League — from game tickets, television rights fees, jersey sales and national sponsorships — is subject to tax. None of this income is shielded in a tax-exempt entity. Instead, the NFL’s 32 clubs pay tax on all of these revenues.”

“The individual owners and teams pay taxes. We’re not going after them, but what they do is they can put all this confluence of money into the league office and do this as a nonprofit, which means they’re not paying taxes like every other business that would be in a trade business like they are,” Coburn said.

The nonprofit NFL raked in more than $326 million from April 2012 to March 2013, almost of all of which came from “membership dues and assessments” or league fees paid by the member teams, according to a CNN analysis of IRS documents.

Those dues are tax deductible for the teams as “business expenses” according to the IRS.

Delaney thinks the NFL calling itself a nonprofit is too much.

“I don’t think anything they are doing is illegal, but it is not in the spirit of a nonprofit, nonprofits don’t have directors with salaries north of 40 million,” he said. “It’s a business, and they should call it that.”

Goodell’s salary, which comes from the NFL’s nonprofit arm, rivals some of the top-paid CEOs in the corporate world. Goodell’s compensation would rank in the top 20 for CEOs of U.S. public companies and above the leaders of Disney, Visa and Yahoo, according to a chart of total compensation compiled by the AFL-CIO.

According to a CNN analysis, the NFL employed 20 lobbyists in 2014 and spent more than $1 million in efforts to sway lawmakers.

In a swanky building just blocks down Pennsylvania Avenue from the White House, the NFL employs six lobbyists, including four on its own payroll. The other two come from powerhouse law and lobbying firm Covington and Burling, which also employs former NFL Commissioner Paul Tagliabue.

Tagliabue is not a registered lobbyist as of this writing, instead he “uses his experience as chief executive and board member of the National Football League, major businesses and nonprofits to advise clients on matters of organizational structure and governance, develop strategic risk mitigation approaches and assist in managing unfolding crises.”

Sheila Krumholz, executive director of the Center for Responsive Politics, which runs the transparency website Opensecrets.org, says the NFL’s lobbying team is “all pro,” and almost all are “former government employees, former Hill staffers. So they have good access by buying the help of people who know how to navigate Congress.”

Nineteen of the 20 worked for Congress, largely in the offices of House and Senate leaders, according to a CNN review of lobbying disclosures.

The NFL even paid another influential lobby shop, Elmendorf | Ryan, to lobby against Coburn’s bill, which thus far has been benched — referred to the Senate Finance Committee with no action expected anytime soon.

But that may be changing. Both Sen. Cory Booker, a New Jersey Democrat, and Sen. Maria Cantwell, a Washington Democrat, have introduced bills similar to Coburn’s legislation. Booker wants the tax money to go to preventing domestic violence. Cantwell wants the NFL to scrap the Redskins moniker.

If the NFL were to lose its tax exemption, there’s precedence for it. Major League Baseball gave up its nonprofit status in 2007, and the National Basketball Association never had one.

The NFL’s history of protecting thugs and hiding brain injuries is inexcusable. But the real outrage is that taxpayers are funding the construction of coliseums so that bruisers can smash each other in the mouth and billionaires can get richer.

NFL Fines, Suspends Ray Rice: Is The Hit To His Wallet Tax ..

The NFL will suspend Baltimore Ravens running back Ray Rice for two games for his off the field behavior in February. Rice was also hit with a fine for violating the NFL’s personal conduct policy. While the conduct was personal, the violation was business. So what does that mean for …

Three Former NFL Players Busted By The Feds For Tax Fraud And Identity Theft. … The undercover operation, designed to block an alleged identity-theft and tax-refund scheme, sacked a pair of National Football League veterans and a Miami Jackson High graduate:

AUSTIN, Texas (AP) Former NFL player Greg Boyd has been sentenced to almost three years in prison for income tax fraud. A statement issued by the U.S. attorney’s office in Austin says Boyd was sentenced to two years and nine months in prison.

AUSTIN, Texas (AP) — Former NFL player Greg Boyd has been convicted of income tax fraud and could face up to nine years in prison. A federal jury in Austin found Boyd guilty last week of filing fraudulent income tax returns in 2004, 2005 and 2006.

AUSTIN, Texas (AP) – Former NFL player Greg Boyd has been sentenced to almost three years in prison for income tax fraud. A statement issued by the U.S. attorney’s office in Austin says Boyd was sentenced to two years and nine months in prison.

ORLANDO, Fla. — A federal judge in Florida sentenced a former NFL player to more than three years in prison for his involvement in a tax fraud scheme. Freddie Mitchell last played wide receiver with the Philadelphia Eagles in 2004. His attorney, Rick Jancha, said Tuesday that …

The NFL’s tax-exempt status is, as the refs might say, “under further review.” Despite having grown over the decades into an estimated $9 billion-a-year operation, the NFL retains a non-profit status, just like trade associations and chambers of commerce.

To tax or not? The NFL’s relationship with the IRS

A senator and tax attorneys question if the NFL and other not-for-profit sports leagues are worthy of tax exemptions. The NFL defends its status.

The NFL Is A Tax-Exempt Organization — But One Senator Wants …

Oklahoma Sen. Tom Coburn (R) today introduced an amendment to the Marketplace Fairness Act that would end the practice of allowing professional sports leagues to qualify as tax-exempt organizations, a move that would hit leagues like the National Football League, the Professional …

A federal judge in Florida sentenced a former NFL player to more than three years in prison for his involvement in a tax fraud scheme.

NFL Players have been busted on Tax Fraud and Identity Theft, what were they thinking

Michael Bennett and William Joseph, two former National League Football players, were arrested by the FBI on Monday and are being charged with identity theft and tax-related fraud, the Miami Herald reports.

After taking a plea deal and receiving 37 months in prison for playing a role in a tax fraud scam, Freddie Mitchell presented medical documentation stating he has chronic traumatic encephalopathy (CTE), a possible result of his 8 documented concussions.

SEATTLE-At least seven current and former NFL players have been tangled up in a complicated tax scam, the U.S. Justice Department said Thursday.

snopes.com: Is the NFL Tax-Exempt?

The NFL was first bestowed with its tax-exempt status in 1942, when the league was struggling financially amidst the entry of the U.S. into World War II and (successfully) filed an application for tax-exempt, non-profit status with the IRS.

Stop the NFL’s Tax Scam | thebaynet.com | TheBayNet.com | News For example, the Maryland Stadium Authority was created to bring football to Baltimore, where the behavior of Ravens players like Ray Rice and Ray Lewis is infamous.

NFL veteran who played at UM pleads guilty to tax-related …

A former University of Miami defensive tackle who played for the Giants and Raiders in the NFL pleaded guilty to tax-related fraud charges that will send him to prison for at least two years.

Due to an old tax code created when the NFL and the AFL joined in 1966, they get to enjoy tax exempt status. The NFL makes $9.5 billion a year. Yes, $9.5 billion. How much do you make? How much of that is taxes?

The use of public money to build stadiums has questionable economic merit in my mind. The NFL: Big Business With Big Tax Breaks : NPR.

Ex-NFLers charged in tax scam. By Kay Bell · Bankrate.com. Tuesday, May 1, 2012. South Florida media are reporting that the three ex-NFL players were among the latest caught in the tax fraud…