The information, which included home addresses and phone numbers, was posted to the senators' respective Wikipedia pages where users are allowed to made edits - all of which are logged by Wikipedia and include the editor's IP address.

As a result of the information being made public, Sen. Hatch's wife "has been receiving calls nonstop ON HER BIRTHDAY and their home address was made public," according to Caleb Hull, director of content at the Republican technology firm Targeted Victory.

The IP address used to "doxx" the Senators was quickly traced back to the House of Representatives...

BREAKING: Republican Senators Lindsey Graham, Orrin Hatch, and Mike Lee were targeted and doxxed with their home/office addresses and home/cell phones being published online on Wikipedia through an anonymous IP address associated with the House of Representatives. 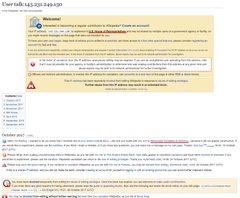 UPDATE: Wikipedia has reverted the pages of the Republican Senators and the previous edits publishing their personal information appear to be removed from the public archive.

The two vandal IP's, belonging to the US House of Reps. have engaged in Doxxing + Vandalism previously.

Upon further research, it appears that the IP address traces back to the office of Rep. Maxine Waters (D-CA). 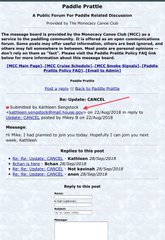 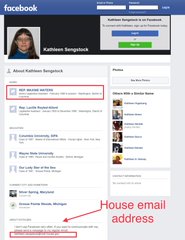 UPDATE: When searching for activity associated with the House of Representatives IP's used in the doxxing of Republican Senators, we find a posted comment from August 22, 2018 registered to Kathleen Sengstock, the Senior Legislative Assistant for Representative MAXINE WATERS.

If this is true—and Maxine Waters’ staffers doxxed several GOP Senators yesterday on Wikipedia—there should be hell to pay.

Waters has already called for direct action against GOP.

Waters has come under fire for advocating that her Democratic followers form into mobs and physically confront members of the Trump administration if they see them in public.

The Democratic rep - who doesn't live in the district she represents and paid her daughter $750,000 for Democratic fundraising activities, said to a crowd at a "Keep Families Together" rally on Saturday: "If you see anybody from that Cabinet in a restaurant, in a department store, at a gasoline station, you get out and you create a crowd and you push back on them, and you tell them they’re not welcome anymore, anywhere."

Waters' call to action came amid protests at the homes of Department of Homeland Security Kirstjen Nielsen's house, as well as White House aide Stephen Miller's apartment, which makes the doxxing of GOP Senators all the more significant - especially if it came from Waters' office.

Someone is doxxing GOP senators on a computer from the House of Representatives, began shortly after the Graham speech. I'm not going to retweet the account where this is posted.

The person who doxxed #LindseyGraham and two other senators yesterday? The IP address belongs to Kathleen Sengstock, a "Legislative Director" for #MadMaxineWaters!!!(gab.ai)