How Dianne Feinstein Has You "KILLED"

How A Modern Character Assassination and Political "Kill Order" Is Executed

How and why did a Donald Trump stripper-date named "Stormy" or an Elon Musk sex party or a Kavanaugh drinking incident or the Moonves and Weinstein indiscretions suddenly hit the news at about the same time in news history?

It is all part of the modern trend in vendetta, revenge and political payback when a Senator or a tech oligarch issues a "kill order" on an opponent.

The client does not like to get their hands dirty so the actual social hit job is performed by companies such as:

They deserve to be punished for the rest of their lives for taking away the lives of others in exchange for cash. Any company who is corrupt enough to hire any of these assassins should be forced out of business. These attack services are responsible for 90% of the "Fake News" problem in the world because they are the authors of most fake news. Congress must act to make these kinds of companies illegal!

In the case of reporters getting targeted for attacks, President Donald Trump has been accused by the liberal corporate media of whipping up a hateful frenzy against the press. But while CNN’s Jim Acosta grandstands against Trump, real journalists are still reeling from the draconian extrajudicial measures that Barack Obama and his administration used to target them for exposing truth.

This secretive targeting occurred while Obama speechwriter and hate-filled ANTIFA supporter Ben Rhodes was running “Operation Echo Chamber,” which reportedly continues, in which he fed information to willing corporate media scribes. “They literally know nothing,” Rhodes said of the twentysomething journalists he easily manipulated.

The Freedom of the Press Foundation’s Trevor Timm published documents showing how former attorney general Eric Holder changed the rules to more effectively intimidate and surveil members of the press.

Timm writes: “Today, we are revealing—for the first time—the Justice Department’s rules for targeting journalists with secret FISA court orders. The documents were obtained as part of a Freedom of Information Act lawsuit brought by Freedom of the Press Foundation and Knight First Amendment Institute at Columbia University.”

Trending: Brennan and Clapper Accused of Hacking John Roberts To Blackmail Him

Here is the memo published by the Foundation, which dropped the documents in their entirety:

Obama is also clearly linked to the plot to obtain fraudulent FISA warrants on President Trump’s team, as evidenced by Peter Strzok and Lisa Page’s texts confirming that Obama was overseeing their fly-by-night operation.

For months pundits and researchers have been pondering the mystery of the FISA approval that led to the illegal and historically titanic scandals to ever hit the U.S. government. Some have argued that Assistant Attorney General Rod Rosenstein knew the FISA was bogus when he extended it. Others have wondered if Special Counsel Robert Mueller knew about the fraudulent basis of the FISA when he used it, in part, to indict Michael Flynn. Other still, that Mueller was fooled by the FBI.

This is what President Trump calls “SPYGATE”.

It may well be that the surveillance that was conducted began with UK intelligence services and then was fed back to the White House of Barack Obama. Here’s the kicker:

President Barack Obama did not need a FISA warrant to authorize spying/electronic surveillance on Trump because Obama all along had legal authorization to by-pass the normal court vetting process. According to 50 U.S. Code 1802, the “Electronic Surveillance Authorization” () “Foreign intelligence in relation to a US person (Trump or his associates) is information that’s necessary for the US to protect against attack, hostile acts, sabotage, . . . as well as other clandestine activities by a foreign power . . . OR . . . information relevant to national defense/security of the US, or the conduct of foreign affairs of the U.S.” Such an authorization by Obama required certification by Attorney General Loretta Lynch that must be logged with the FISC court. (“The [AG]+ shall immediately transmit under seal to the court [FISC] a copy of his certification.”)

In short, the DOJ has this. If we are correct, a copy of that certification is currently under seal at least with the DOJ and the FISC.

This is what they are hiding.

However, the Act requires the AG to keep the Select Committee on Intelligence and the Senate Committee on Intelligence informed of these authorizations and unmaskings therein. See 1803 (a) (1) (C) If indeed this is what happened, did Lynch report—or only selectively report—to the committees in a way that excluded non-friendlies? Can you see why Adam Schiff, Mark Warner, and their ilk are terrified?

2) To create “foreign intelligence,” John Brennan and others organized for UK intelligence to conduct surveillance on Trump and his associates, either from the UK or from UK assets within the U.S. This is another reason revealing this will unleash an excrement storm: the UK is about to be caught meddling bigly in an American election.

3) Lynch certified Obama’s authorization which is now held under seal by DOJ (and FISC).

From this authorization, all unmaking followed, as well as the FBI fraudulent counter intel investigation and perhaps the FISA warrant too. Obama knew this was all fake when he made the authorization; Lynch knew it was fake when she certified it; the entire inner circle, including the FBI, all knew. This takes the U.S. into uncharted territory, and could imperil any politician in the British government who supported this or had knowledge of it. Proving any of this would be difficult, as if confronted Lynch would almost certainly cover up and Obama would simply deny knowledge. Without a paper trail, a conviction might be a bridge too far. This is only one of thousands of "kill order" tactics introduced by the Obama Administration.

These are the playbook tactics that Senators and tech oligarchs most often use to destroy the lives of their political and business enemies:

Federal law enforcement, the United States Congress and the highest level investigators in the U.S., and abroad, have documented (per the “FISA Memo”, Congressional Reports and federal employee testimony) and proven the fact that the Obama Administration regularly engaged in the operation of retribution, vendetta and reprisal campaigns known as “hit-jobs” against domestic natural born U.S. citizen domestic taxpayers. The Federal Court, in at least one previous court case,has ruled that Applicants, in this particular matter, were the victims and target of a number of these attacks designed to inflict permanent medical, emotional, character assassination, brand negation, economic and career damage.

'They Can't Beat Him On The Law So They Are Trying To Destroy His Life' -Sen. Graham Questions Dems' Motives On Brett Kavanaugh Sexual Assault Allegations (dailycaller.com)

Dirty tricks are those political maneuvers that go beyond mere negative campaigning. They involve the secret subversion of an opponent's campaign via outright lies, spying, or any other tactic intended to divert attention from policies in an underhanded or unethical way. At their best, dirty ...

16 worst political dirty tricks. Reports emerged during Tuesday's recall election that Wisconsin voters were receiving robocalls telling them that if they had already signed a petition to recall ...

The Quick And Dirty Guide To Political Debate Tactics - The ...

This article will teach you the common debate tactics people use aka "dirty tricks" to make political arguments or in arguing for their preferred candidate.

A false, dirty or slanderous story used for political advantage, usually about a candidate seeking political office. In 1940 the Chicago Tribune offered this definition: "A roorback is a false report about some alleged misdeed in a candidate's past, often based on forged evidence, circulated in the final days of a campaign. 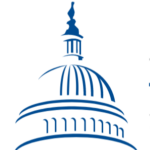 If you feel bad about office politics that go on around you, you are certainly not alone. In any group of more than one, people will be trying to influence each other and some people use less savoury tactics or dirty tricks, in order to get their way.

21 Dirty Tricks at Work provides you with all theinformation you need to spot negative tactics and self-interestedstrategies. It also shows you how to spot the gamesfrequently being played and how to come out with your credibilityintact and your sanity preserved.

Dirty tricksters are getting with the times, however—the 2008 election saw erreoneous election information distributed through emails to students at George Mason University.

Videos Put Democrats on Defensive About Dirty Tricks - The ...

Videos Put Democrats on Defensive About Dirty Tricks. ... there is a rich political history of campaigns pushing ethical and legal boundaries to undermine the opposition. ... Videos Force ...

The Complete History of Dirty Politics: A Q&A on Anything for ...

But Johnson's dirty tricks were at least as bad as those of Nixon's Watergate bagmen eight years later. ... tactics, or messages? A: Well ... Has dirty politics ...

Ratfucking is an American slang term for political sabotage or dirty tricks. It was first brought to public attention by Bob Woodward and Carl Bernstein in their non-fiction book All the President's Men (1974).

The NPR video and political dirty tricks - The Washington Post

These tactics are not a new brand of gonzo journalism. They are a sophisticated version of the political dirty trick. Would it be citizen journalism to fool a senator's psychiatrist into ...

Republican Presidential candidate Ted Cruz is taking heat for dirty tricks allegedly orchestrated by his campaign. The tricks range from photoshopping an image to make it appear that one of his ...

Political domain name squatting has grown in prevalence and can even effect local candidates. Domain squatting or cybersquatting is the term used for someone who registers a domain that infringes on another's intellectual property or trademark.

We have compiled a little guide to the dark realm of negative campaigning, dirty political tricksand non-written rule breaking tactics. Negative Political Advertising It differs from country to country if political TV-advertising is allowed.

Sen. Barack Obama showed he was willing to use bare-knuckle tactics during his first race in Chicago. ... See how Barack Obama has used election rules to his advantage during his politicalcareer ...

DIRTY TRICKS AND ELECTION ENGINEERING. The tactics outlined below reveal a few strategies used in old-style political campaigning. It is hoped that you will take these as examples of politics at its worst and either become a voice for change or a more informed voter.

Dirty Tricks, Vandalism and the Dark Side of Politics - The ...

Dirty Tricks, Vandalism and the Dark Side of Politics. ... American elections have always been at least a little dirty. What would a political campaign be without unseemly actors stirring trouble ...

Political dirty tricks are a staple of modern politics : WHYY

Ted Cruz, playing dirty tricks during an election? Say it ain't so! Over the past few weeks, Cruz' GOP opponents have worked themselves into a lather of right-wing indignation over his underhanded tactics. As Cruz admitted, his campaign spread false rumors that Ben Carson was dropping out of the ...

Neither the mainstream media, nor Republicans, have exposed dirty tricks and their intent to swing elections. Federal authorities, the compromised FBI, the Justice Department — won't do anything about it.

Lawsuits, dirty tricks and an angry ex-wife: Is this Detroit ...

Detroit's playbook of dirty political tricks - known as "poli-tricks" - includes some familiar tactics. Here are a few political consultant Steve Hood cites as the best known: Crowding ballots - preferably with candidates who have similar names as challengers, to confuse voters and split the vote (see: Mike Dugeon, a Detroit barber ...

dirty political tricks: Then and now Students of the Watergate era (or those old enough to have lived through it) will recall the "dirty tricks" played by Richard Nixon's henchmen, most ...

5 political dirty tricks we learned from the robocalls trial ...

5 political dirty tricks we learned from the robocalls trial. ... featured Conservative Party workers testifying about the pranks and tricks used during elections. The tactics are used by all parties. 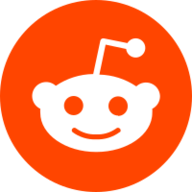 Warning: The dirty tricks are about to start - POLITICO

2016. Warning: The dirty tricks are about to start. In South Carolina, a 'viper's nest' awaits, especially on the GOP side.