HOW THE TECH CARTEL AND POLITICIANS USE SEX TRAFFICKING, TAX EVASION, CENSORSHIP AND SOCIAL CRIME

Russian immigrants in New York who had circulated “disloyal publications” during World War I were charged with violating the Espionage Act of 1917. In a 7–2 opinion, the Supreme Court, sustaining the immigrants’ conviction, held that the law did not violate their freedom of speech.

Holmes, who had upheld criminal convictions in free speech cases only months earlier, changed his mind in Abrams, and famously dissented: “The best test of truth is the power of the thought to get itself accepted in the competition of the market.”

Immediately before “the best test of truth,” Holmes wrote that men “may come to believe even more than they believe the very foundations of their own conduct that the ultimate good desired is better reached by free trade in ideas.”

Holmes’s “free trade in ideas” quote is likely to be trotted out by the Google–Facebook–Twitter–Amazon "juggernet" to justify their being left alone by government antitrust forces. But the question for these forces, and the public, is whether there is really the competition in the market that Holmes was (and we are) relying on.

Is there any real competition to Google, Facebook, Twitter, or Amazon? Especially in the political campaign realm where they wield tremendously consequential power?

CEO Jack Dorsey has said Twitter will ban all political advertisements starting Nov. 22. The “all” may sound universal, until you remember Twitter was one of Trump’s most successful campaign vehicles and likely to be so again. Not for nothing is Trump called the Twitterer-in-Chief. Banning political ads is like limiting campaign expenditures: It benefits primarily incumbents and the media, which — as everyone except ABC, CBS, CNN, NBC, MSNBC, the New York Times, the Washington Post, and all their enthusiasts and lobbyists will concede — is primarily liberal.

And what counts as political? Suppose someone in the district of a candidate running against a serious gun controller writes a piece reporting that the 2018 death toll from mass shootings was “only 80,” contrasting it with the 561 people who were shot and killed last year in Chicago alone. Do media moguls and other gun-control advocates want voters to know that? Or do they want the public to think the “mass shooting” death toll is alarmingly high?

Mark Zuckerberg says Facebook will not censor political ads, much to the consternation of its employees. Question: How much sub-rosa censorship in the free trade of ideas can those employees conduct without Zuckerberg’s knowledge?

Google owns YouTube. Dennis Prager testified before Congress that YouTube has at various times restricted about 100 of Prager University’s videos, including “Why Don’t Feminists Fight for Muslim Women?” by Somali–American women’s rights activist Ayaan Hirsi Ali, “Are the Police Racist?”, and even “Why Is Modern Art So Bad?”

Does Google believe in Holmes’s free trade in ideas? Yes, of course it does — just not in dangerously subversive ideas, like the ones the government objected to in Abrams.

Is it likely that Amazon, owned by Jeff Bezos, would traffic in “dangerously subversive ideas”? Half of all book sales in the United States take place on Amazon.com. If any company is a marketplace of ideas, certainly Amazon is it.

Amazon is said to have banned books by the “alt-right,” which may sound innocuous. But it’s a good bet the term can ooze over to include books written by conservatives that Amazon doesn’t like. All kinds of things could happen: Books just wouldn’t get listed … you know how sloppy employees can be. And how would anyone ever be able to tell?

In current antitrust law, a small degree of market power (which is not the same as monopoly power) is very common and understood not to warrant antitrust intervention. A dry cleaner in a good location may be able to charge slightly more than one in a different location, and no one will object. But even a trivial skewing of the marketplace of ideas by one of the giant tech information companies could have made the difference between “President Trump” and “President Clinton.” Trump won Wisconsin by 0.77% of the vote, after all.

The original antitrust thinking of 1890 was reinterpreted in the 1970s–1980s by what is sometimes called the “once-revolutionary Chicago School of Antitrust.” But the world has changed again since then, and it’s time to revisit antitrust law. People who believe in competition, especially in the marketplace of ideas, shouldn’t let tech CEOs stop the clock there. Like Holmes, we should be willing to change our minds.

Daniel Oliver has served as chairman of the Federal Trade Commission under President Ronald Reagan and executive editor of National Review. Oliver currently leads the Education & Research Institute. Email the author at Daniel.Oliver@TheCandidAmerican.com.

CAN GOOGLE REALLY RIG ELECTIONS AND CENSOR YOUR THOUGHTS IN ORDER TO RIG THE STOCK MARKET? TAKE A LOOK AT THIS PROOF:

The Line Between Persuasion and Manipulation | Jonathan Fields

www.jonathanfields.com/the-line-between-persuasion-and-manipulation/
Manipulation seems dependent on the other party's acceptance. Perhaps Persuasion plants seeds while Manipulation is focussed on harvest? It's all very subjective in the end, isn't it? I'm grateful for your Wisdom and admire your Integrity.

By Sophie Tanno For Mailonline

A Russian journalist has been accused of 'controlling minds' and 'affecting the human subconscious' after referencing George Orwell's 1984 in an article.

Mikhail Romanov, a reporter for the Yakutsk Vecherniy weekly, was writing a story on the alleged torture of an academic.

Police in Russia's republic of Sakha charged Romanov after they suspected him of trying to tap into the readers' sub-conscience, Russian newspaper Kommersant reported. 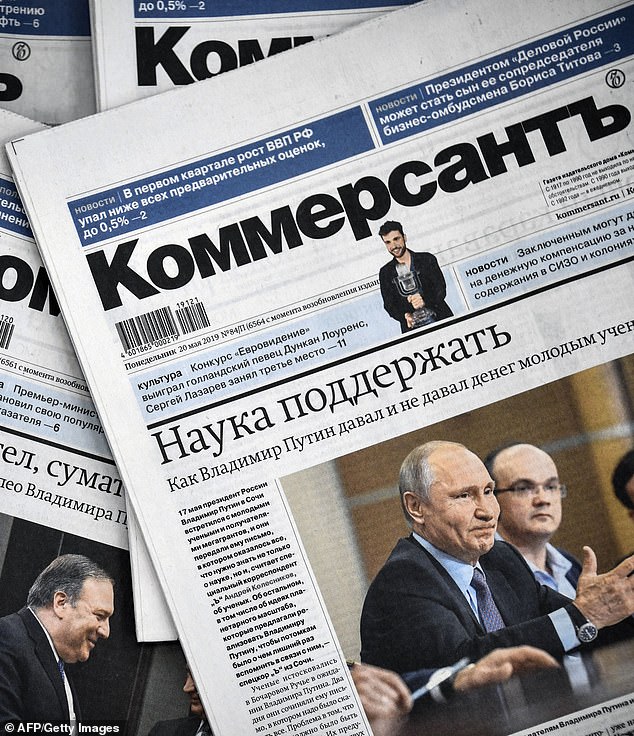 Mikhail Romanov, a reporter for the Yakutsk Vecherniy weekly, was writing a story on the alleged torture of an academic (stock) 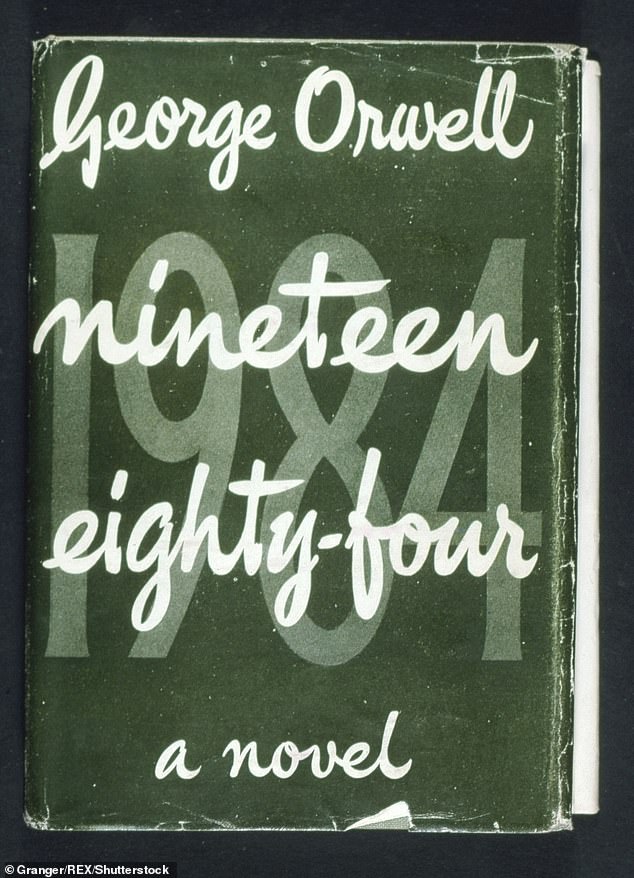 Romanov's editor told the publication: 'This is a story about how anyone can be squashed by the government machine.

'It's also about how Big Brother is watching, reading all comments on online forums.'

This is understood to be the first time a journalist will be tried under Russia's new legislation punishing those who are perceived to have published information 'containing hidden insertions affecting the human subconscious. '

The case has been forwarded to a Yakutsk city court.

https://www.youtube.com/watch?v=LBmByyFkRlo
Google, Facebook, Amazon, Microsoft, and Apple: these companies, the big 5, know almost everything about your life. They know what websites you go to, what y...

MSNBC segment on Hidden and Subliminal Messages Found In ...

https://www.videonet111.com/video/msnbc-segment-on-hidden-and-subliminal-messages-found-in-google-1
The Google empire has paid more political bribes to politicians around the globe than any other company on Earth. ... MSNBC segment on Hidden and Subliminal Messages ...

https://www.zachdrewshow.com/episodes/2020-election-subliminal-google-messages-to-alter-outcome/
Google manipulates your searches for you to be subconsciously swayed — let that sink in. We are dealing with that today. 2020 Election: Who Decides? Google meddling with the 2020 election? We will cover it, but also go back in history and explain that this is NOT a new development. Manipulation, deception: It starts often as subliminal.

https://owlcation.com/social-sciences/Subliminal-Messanging
Subliminal messages are perceived by the unconscious brain. There is not as much subliminal messaging happening in the US now as previously reported, but there could be subtle messages that are received unconsciously. Messaging has probably been used by or political operatives, yet it may not work.

mentalfloss.com/article/67223/7-sneaky-subliminal-messages-hidden-ads
The FCC fielded the incident, and subsequently condemned such tactics as being "contrary to the public interest"; it's believed to be the first example of subliminal advertising on television.

https://www.cracked.com/photoplasty_386_17-subliminal-messages-youd-never-notice-in-everyday-life/
17 Subliminal Messages You'd Never Notice in Everyday Life ... Twitter. Google Plus. Stumble Upon. ... We asked you to show us your inner-Banksy by adding subliminal ...

https://www.therichest.com/expensive-lifestyle/entertainment/11-shocking-messages-hidden-in-your-childhood-cartoons/
11 Shocking Messages Hidden In Your Childhood Cartoons. The creative animators and screenwriters often insert subliminal messages into their work, and the examples can sometimes be more than unusual. Sexism, political messages, conspiracy theories and hidden inappropriate jokes are found in numerous cartoons that we all grew up with.

What Are Subliminal Messages And Do They Work?

https://allthatsinteresting.com/what-are-subliminal-messages
Subliminal messages, on the other hand, are likewise real and similar to supraliminal messages except that the signal or stimulus is below our threshold of conscious awareness. In other words, you cannot consciously perceive a subliminal message, even if you search for it.